TV chef and author Anthony Bourdain has blasted craft beer, likening the burgeoning scene to the sci-fi movie Invasion of the Body Snatchers.

In a recent interview with Thrillist, Bourdain revealed he often receives criticism from viewers about his choice in beer: “I would say that the angriest critiques I get from people about shows are when I’m drinking whatever convenient cold beer is available in a particular place, and not drinking the best beer out there.

“You know, I haven’t made the effort to walk down the street 10 blocks to the microbrewery where they’re making some f—ing Mumford and Sons IPA. People get all bent about it.” 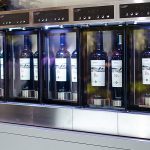