The Billionaire’s Vinegar, the controversial book about the Jefferson bottles affair, is being made into a film starring Brad Pitt.

The film, which is in development and should be released later this year, is produced by actor Will Smith, who bought the rights to Benjamin Wallace’s 2008 book.

The Billionaire’s Vinegar is the story of the affair of the Jefferson bottles and its attendant court cases has enthralled the wine world for years.

At the heart of the case is a cache of more than a dozen supposedly 18th-century bottles apparently found in a walled-up basement in Paris in 1985 by German collector Hardy Rodenstock. 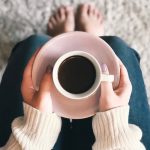 How Long Does Coffee Stay Fresh?