As 2014 continues, legal marijuana is becoming more of a reality for many states. As of now, twenty states and Washington D.C. have legalized the plant that former president Bill Clinton was rumored to favor in the White House.

The Inquisitr has made sure to keep up with the latest news pertaining to the legalization of marijuana across the country and the benefits or repercussions thereafter. Apparently, there was a study that using marijuana may fight Alzheimer’s disease. In that case, patients diagnosed with the disease could have stocked up on Black Friday to find out if said studies were true.

Nevertheless, the legalization of marijuana doesn’t just give smokers the freedom to toke without fear of incarceration, but provides a range of goods that may have been unavailable beforehand. For vintners (winemakers) who own California vineyards, legal marijuana offers an opportunity to create and sell a brand, new product: weed-infused wine. 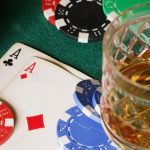 7 Most Popular Cocktails Among Casino Players 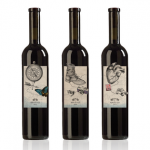