– but a bottle from their French vineyard has received such rave reviews that it is now being stocked in Marks & Spencer.

A limited amount of 2014 Miraval rosé, from the couple’s Chateau Miraval estate in Provence (where they married last year) is being sold for £18 a bottle in selected M&S stores.

Miraval had a name for rose long before Brangelina bought the estate for an estimated $60million, but the couple’s star power now means that the wine has a habit of selling out whenever it appears on shelves. When the first shipment of the 2012 vintage went on sale in the UK, all 900 bottles sold out over a weekend. 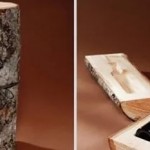