When he was not being a string-shredding, amp-blasting guitar hero, Jimi Hendrix liked nothing better than to sit at home drinking tea and watching the British soap opera Coronation Street.

The musician’s former apartment opens to the public Wednesday. It captures a fertile period in the late 1960s when Hendrix was forging an international musical reputation, and immersing himself in the highs and lows of British culture.

“He was a bit shocked by the lack of restaurants and the standard of food,” remembered Kathy Etchingham, Hendrix’s girlfriend at the time. “We were only 20 years out from the Second World War.”

But mostly, she said, “he embraced everything.”

“He’d never had tea before he came here, but he had no choice. I trained him: Have a cup of tea, milk and two sugars.”

The apartment, restored to its multicolored 1960s glory, forms part of Handel & Hendrix in London, a museum devoted to two innovative musicians who were neighbours, two centuries apart.

Composer George Frideric Handel lived in an 18th-century house in London’s Mayfair area for 36 years until his death in 1759. In 1968, Hendrix and Etchingham rented an apartment above a restaurant next door, furnishing it with a red carpet and turquoise curtains from the John Lewis department store a few blocks away. 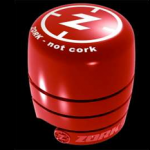