There’s an element of optical illusion to the latest drink fuelling Londoners, according to this report in the Evening Standard.

It looks like water but it is in fact coffee. It comes in bottles and can be drunk cold on the go, or made into cocktails. Best of all, it won’t stain.

The taste is strong, like a potent cold brew, and the bottles are large — one should last all day. Slovakian David Nagy founded CLR CFF with his brother Adam when they were living in London.

He explains the logic behind it: “We are heavy coffee drinkers. Like many other people we struggled with the teeth stains caused by it. There was nothing on the market that would suit our needs so we decided to create our own recipe.

The clear coffee, which is made from arabica beans, is the first of its kind. The duo isn’t giving away their trade secrets, but suffice it to say, “It is produced by methods which have never been used before,” according to the website. 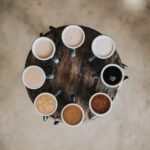 Types Of Coffee And The Best Time To Drink Them 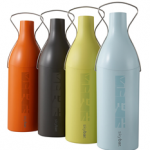