A new innovation that can convert salty seawater into safe, clean drinking water has the potential to transform millions of lives across the globe.

Australian researchers and scientists are using metal-organic framework compounds (or MOFs) together with sunlight to purify water in just half an hour, using a process that’s more efficient than existing techniques.

It’s cheap, it’s stable, it’s reusable, and it produces water that meets the World Health Organisation (WHO) standards for desalination. Around 139.5 litres (nearly 37 gallons) of clean water can be produced per day from a kilogram (2.2 pounds) of MOF material, based on early testing.

After just four minutes of exposure to sunlight, the material releases all of the salt ions it’s soaked up from the water and is ready to be used again. The team behind the new process says it provides several upgrades over existing desalination methods.

Chemical engineer Huanting Wang from Monash University told Science Alert: “Thermal desalination processes by evaporation are energy-intensive, and other technologies, such as reverse osmosis, have a number of drawbacks, including high energy consumption and chemical usage in membrane cleaning and dechlorination.”

“Sunlight is the most abundant and renewable source of energy on Earth. Our development of a new adsorbent-based desalination process through the use of sunlight for regeneration provides an energy-efficient and environmentally-sustainable solution for desalination.” 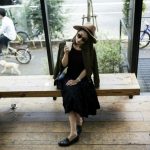 Coffee Fact: Japan imports over 430,000 tonnes of coffee a year