It was the year 1766 and in Grünberg Germany, a 16-year-old boy called Johannes Blesser, enrolled as a young soldier in the Dutch East Indian Company. Without knowing, this set in motion Blesser’s love affair with a small coastal settlement at the bottom of Africa, which penultimately gave us Perseverance Tavern.

November of that same year, while on his maiden journey to Batavia, Johannes Blesser and the crew of the Aschat docked in Cape Town for 25 days.

This was the young Blesser’s first encounter with life in the Cape. Although Cape Town was by then already known as “The Tavern of the Seas”, with a reputation for prostitutes and bar brawls, it obviously made a positive impact on the young lad.

Blesser moved up through the ranks and after 27 years in the service of the Company he resigned in 1793 as Captain and settled down in Cape Town.

It was a troubled time for the region. The British occupation meant the end of Dutch rule and employees of the Dutch East Indian Company looked elsewhere for opportunities. By 1798, at the age of 48, Captain Blesser and soon to be wife, Maria Elizabeth Hertz, bought the impressive Rust en Vreugd manor in Buitenkant Street.

Once called Slave’s Walk, Buitenkant Street was now the fashionable area of the old town and in 1808 Blesser capitalised on this by acquiring the land next to Rust en Vreugd, erf 56, to build Perseverance Tavern.

Although slavery on the high seas just ended, it continued unabated in the Cape. In a wine shop close to the company gardens a young Mauritian slave called Louis eavesdrops on a conversation between travellers deliberating the slave uprisings in Haiti.

Later that year in October Louis of Mauritius, Abraham of the Cape, and an Irishman called James Hooper, would lead 340 slaves from the Swartland and Koeberg hinterland in a revolt against their slave masters.

The Blesser family had 10 slave men, 3 slave women, and 6 slave children, and with the end of slavery looming no doubt struggled to maintain Rust en Vreugd without free labour. They sold the property in 1813. Eleven years later Captain Johannes Blesser passed away at the age of 74 in Cape Town.

Perseverance history is well documented, but one of the recurring assumptions made by customers is that the historic food menu hanging on the wall today, is in fact the tavern’s menu from 1836.

This is unfortunately not true.

In the 1960s the now-defunct Yorkraft, located in Pennsylvania, USA, created these tavern menus as part of their novelty signage collection. And although the menu is an accurate depiction of fare you might have seen in 1836 in Mid America, taverns in Cape Town surfed up something a little different.

Between 1792 and 1850 whale hunting was in full bloom around the Cape Peninsula and whale, seal and penguin meat was a standard option on most tavern menus.

Taken Perseverance confined space in consideration at the time – with the off-sales on the left and the private dining hall on the right – one can assume that cooking happened on an open fire at the back, where the current courtyard is located today.

From those early days in 1808 to 1836 when Briton John Woolard secured the first Wine and Malt license for Perseverance Tavern, the Cape Town landscape changed dramatically. By 1814 Cape Town became formally part of the British Empire. English replaced Dutch as the official language. The population grew to around 20,000 and tax on wine funded a newly-established Public Library. In 1824 the Green Point Lighthouse was built. Ten years later the St Georges’s Cathedral was constructed and the same year freed slaves started to settle at Kanaladorp in District 2, now known as Bo-Kaap.

Today the East City is yet again abuzz with new developments and at the heart of all this stands Perseverance Tavern, offering a glimpse into Cape Towns’ colourful past while staying true to its name, committed to serving tipplers for centuries to come.

A quotation on the wall tributes its patrons through the years:
“This bar is dedicated to those splendid fellows who made drinking a pleasure, who reach contentment prior to capacity and who, whatever the drink, can take it, hold it, and remain gentlemen.” 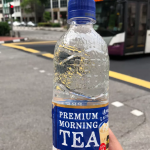