Instant coffee may seem like a relatively modern convenience, but it’s in fact a lot older than many other inventions that we still use today.

In 1938, the method for producing a water-soluble coffee extract was developed in Vevey. Overshadowed by Nescafé’s global success, its inventor, food chemist Max Morgenthaler, has been virtually forgotten.

Like many food innovations, the origin of instant coffee has several claimants. According to Mark Pendergast in Andrew F. Smith’s indispensable The Oxford Companion to American Food and Drink, the first versions of the powdered drink dates back to 1771, about 200 years after coffee was introduced to Europe, when the British granted John Dring a patent for a “coffee compound.” In the late 19th century, a Glasgow firm invented Camp Coffee, a liquid “essence” made of water, sugar, 4 percent caffeine-free coffee essence, and 26 percent chicory. In the United States, the earliest experiments with instant coffee date back to the Civil War when soldiers sought out easy-to-carry energy boosts. But it wouldn’t be until the mid-to-late 1800s that a version of Camp Coffee would hit the retail market in the United Kingdom.

But it wasn’t until 1938 that instant coffee technology changed or improved at all. That year, Nestle launched Nescafé by spraying coffee liquid into heated towers. What was left when rehydrated became coffee again.

The Inventor Of Instant Coffee

After training at the University of Bern, young food chemist Max Morgenthaler specialised in adding vitamins to dairy products, and in 1929 he moved to Vevey to work for Nestlé as a technical chemist.

In 1932, the company’s management instructed Max Morgenthaler to develop a method to retain the coffee aroma and flavour in a soluble coffee extract. Morgenthaler’s coffee research consumed a lot of time and resources; success was nowhere in sight. In the meantime, Brazil had destroyed 52 million sacks of coffee beans and the global market price had halved.

In August 1935, Nestlé’s management declared the experiment terminated. But the dedicated chemist just couldn’t give up. He bought a supply of coffee beans and continued his research at home.  During slack times, he was allowed to work on his project in the factory laboratory. After two years of ‘homework’, in April 1937 Morgenthaler was convinced he had found the solution. He invited the executive board to a tasting. The reaction was enthusiastic: ‘Mother Nestlé has produced a beautiful baby!’ Success really does have many fathers!

Morgenthaler’s tenacity was a ‘godsend’ for the company. At long last, they had a product that would free the group from its ‘condensed milk monoculture’. Nestlé planned to start industrial production of its new flagship brand ‘Nescafé’ on every continent. 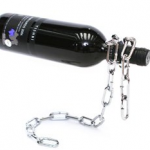