You may have heard of nitro coffee and wondered what it is. Does it have nitrogen? Here is more on what nitro coffee is and how nitrogen is infused in coffee.

Nitro coffee is made when nitrogen is infused in cold brew coffee. The result is coffee with a velvety texture, creamy and sweet with no dairy and no sugar. Nitrogen makes the coffee less bitter and smoother. The coffee is served chilled. Do not add ice to prevent damaging the foamy top.

Other than making the coffee tasty and with a velvety texture, nitrogen is also a preservative. It keeps the coffee fresh for over a year, in comparison to roasted beans which have a shelf life of six weeks.

You can easily get nitrogen to make your coffee by investing in an onsite nitrogen generator. The generator makes sure you have the nitrogen whenever you need it, and you can choose one depending on your needs.

How Is Nitrogen Infused with Coffee?

To make cold brew coffee, you put coffee in cold water and let it steep for 12 to 24 hours. Once it is ready, you put it in a keg or a room-temperature bottle. Pour the cold coffee as you charge it with nitrogen, and you will get nitro coffee.

Nitrogen provides a smoother finish on coffee and other drinks such as stouts, therefore a thicker mouthfeel. This is because the nitrogen bubbles are smaller in comparison to those of carbon dioxide, which is commonly used in soft drinks and beers.

How Is Nitro Coffee Dispensed?

Well, coffee shops that are selling nitro coffee have invested in dispensing equipment such that you can get it from a tap, just like keg beer. The coffee is stored in a pressurized keg ready to be served.

Another alternative is the canned nitro coffee that is packaged in cans. You can buy these in the shops. To get the best out of canned nitro coffee, pour it into a glass instead of drinking using the can. This way, you will get the visual appeal and the silky mouthfeel.

Can You Make Nitro Coffee at Home?

This is a tall order considering there is a lot of equipment required.

However, you can invest in a few tools, the cheapest being a whipped cream dispenser with a nitro charger. All you need to do is to fill it with cold brew coffee, then dispense it the way you do whipped cream. The nitro charger adds nitrogen to the coffee. The dispenser uses nitrogen gas cartridges. Remember to ensure there is no air inside the canister by doing degassing purges.

You can also use a mini-keg to make the nitro coffee at home. This has more space and can preserve the nitro coffee for longer. Also, the first cartridge purges out the oxygen, so you don’t have to worry about it again. 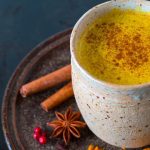 Turmeric tea is one super drink that will make you lose weight fast!