Sometimes it’s crazy to image parts of the world without their modern day heritage.  Imagine Italy without tomatoes or America without Mustangs, and yet not so long ago this was the case.

It was only after Columbus successfully mapped a route to the Americas in 1492 that Italians first saw tomatoes and horses sat hoove back on American soil after almost 13,000 years.

In a sense, we humans are a bit like bird poop on steroids – we help spread things around. One of those things: sugarcane.  And apart from giving us sweet sugar – Amen to everything sweeet Jesus! – not to mention the cocktail itself, the export of sugarcane and slaves to the Carribean gave the world, rumbullion.

As much as Columbus can claim those first plantings of sugarcane in the Carribean, (apparently from cuttings he shipped from the Canary Islands), its African slaves, working in cane plantation on the island of Barbados 200 year later, that turned molasses into an alcoholic beverage they called “Barbados Water”. From these cane fields rum rose with intent, spreading its rumbustious ways to the north American colonies and eventually conquering the seven seas, officially replacing brandy as the drink of choice on the open waters. It would go on to fuel sailors courage for centuries. Even the British Royal Navy rationed half a litre of the stuff to each sailor, every day, until 1970.

Today we naturally pair rum with Caribbean foods thanks to its long history with the islands, but maybe its time to embrace rum’s boisterous ways instead and look beyond its heritage. From its sugarcane expatriation to its love affair with sailors, rum has always been eager to explore.

So for the purpose of this list, we will look at unconventional food pairings with dark or Jamaican rum.  White rum is like the whore of the industry – always mixed up with something – so we’re going to skip that and stick with barrel-age sipping rum.

Let’s start with something a bit more traditional to the Caribbean, but not so much to the world. This spicy buttermilk chicken Jibarito combines all the delicious flavours to elevate your rum. Inspired by the popular street food, the Jibarito is the perfect balance of sweet (from the plantain) and spicy (from the jerk seasoning). 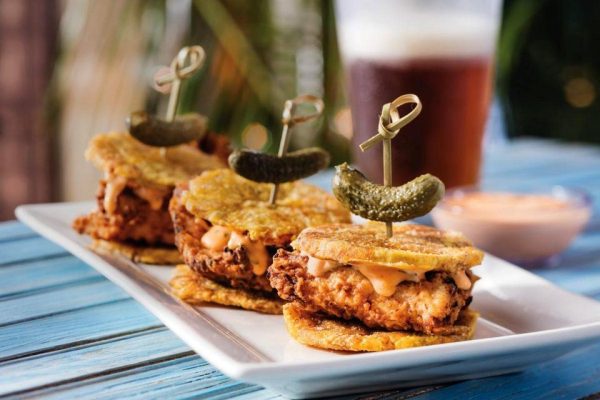 It doesn’t take much to convince me to eat fried chicken. Inspired by the popular street food in the Caribbean, this jibarito sandwich features extra spice to heat things up.

You can never go wrong with cheese. Aged Gouda and rum is a well-known pairing. Even a simple grilled cheese sandwich will do, but for something a bit more fun, opted for the fast food world’s latest favourite child, the loaded fries. Sloppy potato chips mixed with pulled porked, sliced jalapenos, all covered with melted cheese. Now suck on that carb haters 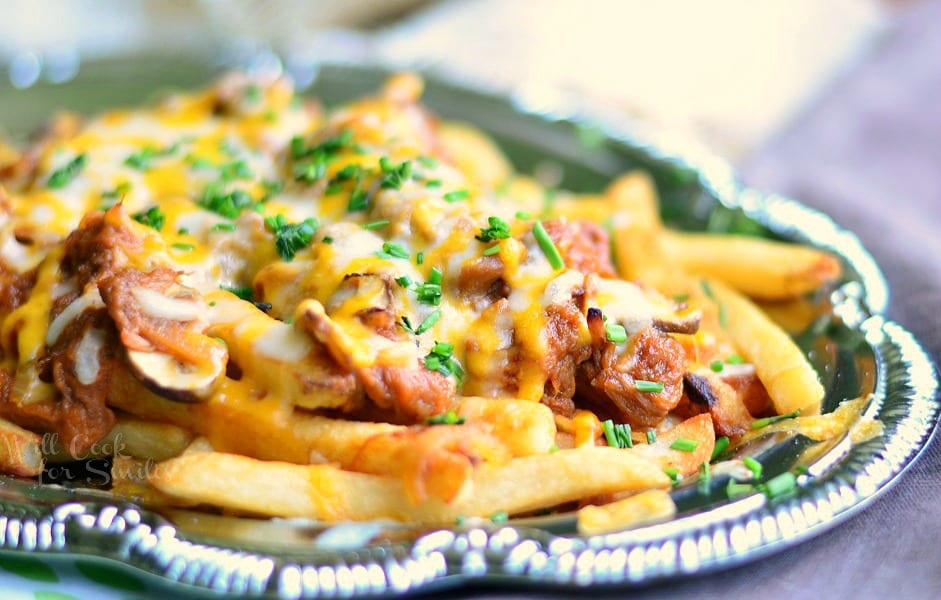 Avo on toast, also known as the Millennial Steak, holds up nicely to rum, but to spice things up, add chunks of Nduja.

Nduja and Avocado on Toast 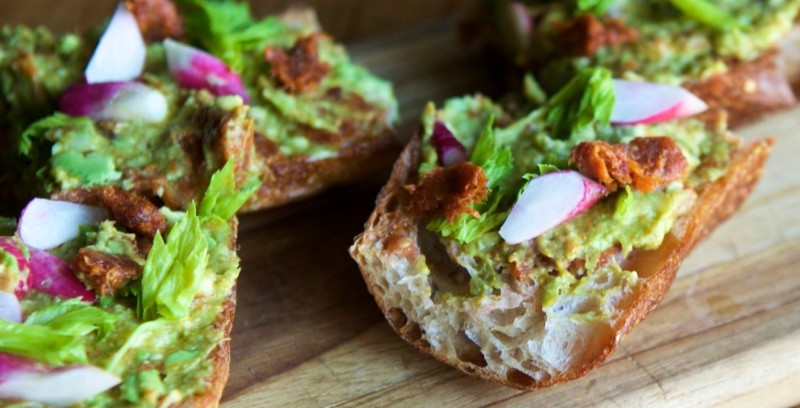 Over the last couple of years Polynesian poke bowls, supported by an army of tiki cocktails, conquered the international culinary world.  The “healthy” rice bowl traditionally consists of fresh raw produce, but add a few slices of smoky flame-grilled pineapple wedges and you have the perfect rum companion. 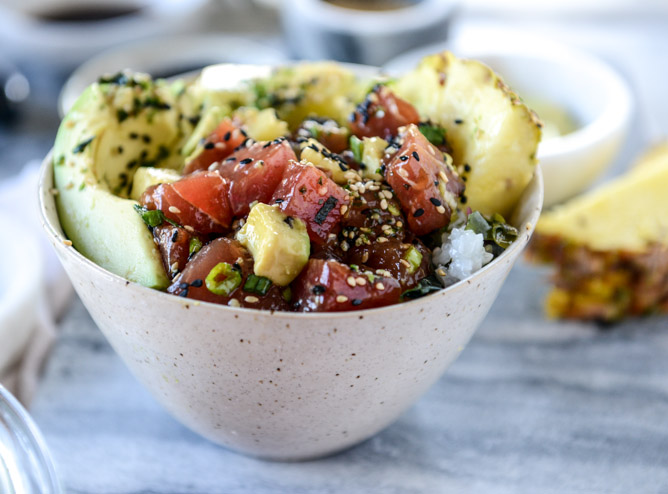 This Caribbean native and brother of the banana is an obvious choice to pair with rum, but wait until you wrap a crispy strip of bacon around those sweet little suckers. 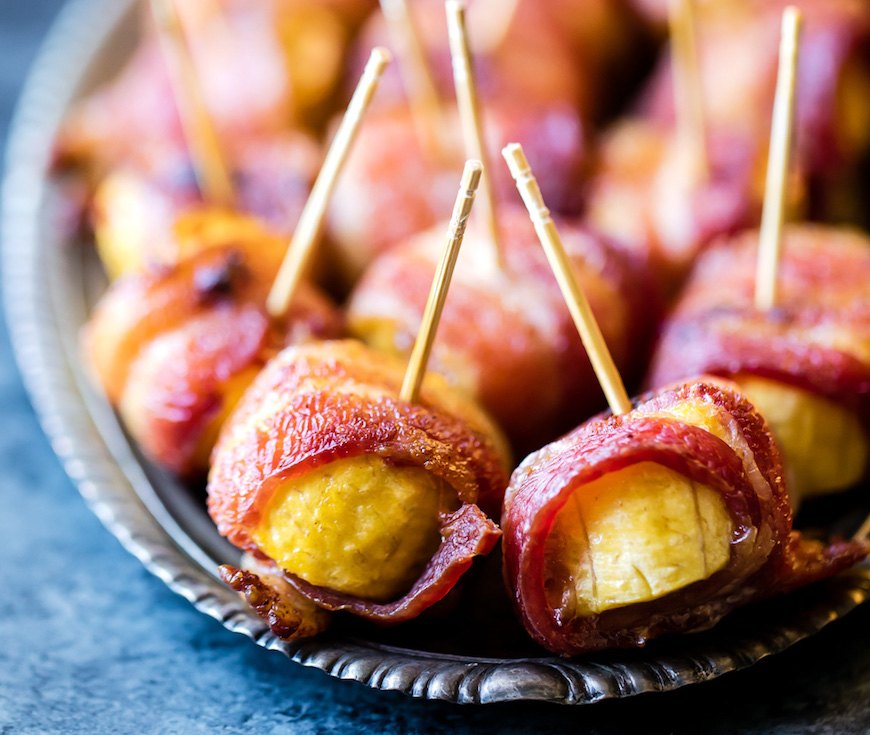 Bacon wrapped plantains with a hint of sweetness from pure maple syrup and a little spicy thanks to a kick of cayenne pepper. A great appetizer!

While Jerk chicken might be the most recommended pairing for rum, it’s definitely not the only rooster in the pairing coop. Sticky spicy Korean Fried Chicken, with its umami flavours, adds all the tanginess to bolster your rum pairing. 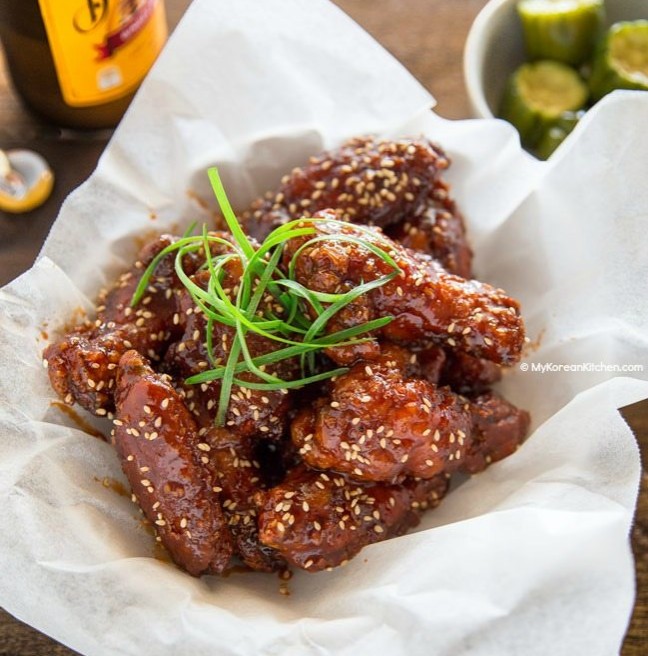 Fire-roasted coconut with a few sprinkles of salt is the ultimate homage pairing to rum.  Rum and Coconut is like Lennon and McCartney. They’re fine on their own, albeit one is a bit flakier than the other but put them together and it’s magic. 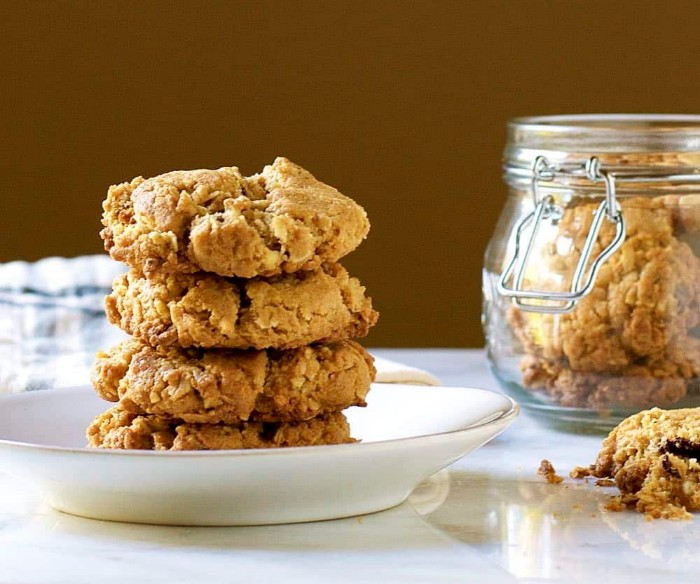 Although the Bao Bun probably had its 5 minutes of fame, it’s still the perfect vehicle to transport pulled brisket or pork or anything pulled, to your piehole while sipping on your favourite rum. 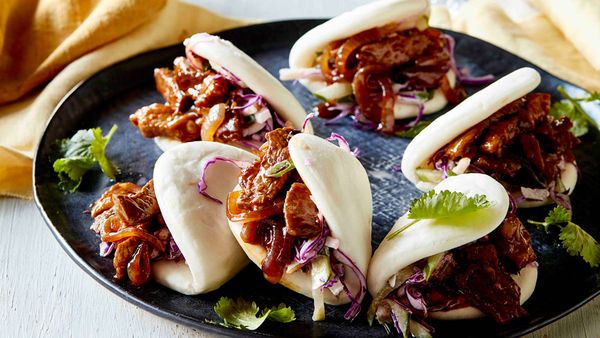 A delicious bite of spicy slow-cooked brisket wrapped in a sweet steamed bun. Every mouthful will take you to pleasureville. 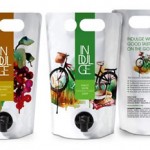 Indulge Wines Thinks Outside the Box