Treasury Wine Estates (TWE) has announced it will voluntarily begin including calorie information on all of its bottled wine products to help consumers make more informed choices about what they’re drinking.

The Australian based winemaking operation which owns U.S.-based brands like Beaulieu, Sterling and Stag’s Leap, as well as other internationally known brands such as Penfolds, will become the first in the global wine industry to provide nutrition information on the label of its products, reports the Drinks Business.

In March, liquor giant Diageo became the first alcoholic drinks producer to announce that it would be adding a nutrition panel to all of its products, which include beer, wine and mostly spirits. Crown Royal in October became the first Diageo brand to include a nutritional label, which features information on calories, carbohydrates and fat per serving, on its bottles. 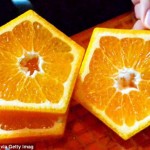