Boplaas Family Vineyards has once again impressed the authoritative panel of judges at this year’s Michelangelo International Wine and Spirit Awards, which were unveiled last week. The Calitzdorp winery that was named MIWASA’s Producer of the Year in 2019, now claimed one Double Gold and eight Gold medals for its wines and spirits.

Double Gold was presented to the Boplaas 1932 Block Hanepoot 2015, a highlight for a vineyard planted in 1932 and still producing fruit that results in an elegant yet complex wine.

The latest tally of accolades joins multiple awards already assembled by Boplaas this year alone. At the same time, the winery has an excellent record of performance at MIWASA. Not only is the competition known for its exceptionally high standard, but it also provides an international assessment of wines thanks to the global representation on its judging panel.

Boplaas has won 18 Platinum awards at this show over the years and been crowned with several trophies too. These include Best South African Port, awarded to the 2004 and 2006 Cape Vintage Reserve Ports, and Best South African Whisky, awarded in 2018 to the Boplaas 6 Year Whisky (Tawny Port Cask Finish). 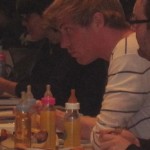 Booze in baby bottles: A hipster fad too far?