It sounds like one of those ideas you might come up with after having downed a case of beer with friends. Hey, let’s mix up some beer and bourbon and see what happens! Well, Budweiser and Jim Beam are giving you a chance to try it out with Budweiser Reserve Black Lager.

According to a recent press release, Budweiser and Jim Beam Bourbon have formed an unbeatable tag-team in their latest alcoholic offering.

However, this isn’t their first rodeo as partners. In April of last year, the two brands had worked together to produce Budweiser Reserve Copper Lager, a lighter brew featuring heavy notes of vanilla and caramel rye. Don’t expect the same lightness from this latest product, however, despite all of the great things being said about the latest collaboration.

“Budweiser Reserve Copper Lager proved that when Budweiser and Jim Beam collaborate, good things happen,” said Ricard Marques Anheuser-Busch VP of Marketing Core & Value Brands. “For the second collaboration between Bud and Beam, we wanted to brew something unique that would excite both beer lovers and bourbon aficionados. Budweiser Reserve Black Lager is a bold, bourbon-forward beer that’s perfect for the holidays.” 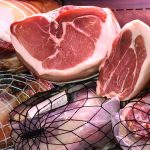