Every cigar lover has probably heard about the formula of three “C”: coffee, cognac, and the cigar. However, not everyone knows that it should not be taken quite literally, and the list of alcohol combined with tobacco can be expanded. Today, we will tell you how to do it right.

In search of harmony

The taste of cigars Limassol from https://puninwine.com/catalog/cigars can be divided into three parts of their length. When smoking the first, a significant proportion of volatile aromatic and essential substances is released. But due to the insufficiently high combustion temperature, it does not open completely, cools down, and settles again on the tobacco leaves.

The second third is the best. While smoking it, you can enjoy all the most complex shades of taste and aroma of tobacco.

The last third is not so good anymore since it acts as a filter and almost all the nicotine accumulates in it, making the cigar taste aggressive. That is why many smokers simply throw it away. Therefore, the formula of three “C” appeared, according to which the first third of a cigar is smoked with a cup of coffee, the second — with an alcoholic drink, and lovers of the third — increase either the dose of alcohol or its degree. And yet, what does alcohol have to do with it?

Not magic, but the chemistry

Cigar lovers are not disingenuous when they say that alcoholic beverages help the taste and aroma of a cigar to be more fully revealed. There is a scientific basis for this. The fact is that not all volatile aromatic and ethereal substances contained in tobacco can dissolve in water (or saliva). But when combined with alcohol, they are fully disclosed. For instance, the aromas of leather, pepper, ginger, and chocolate can be caught during the normal smoking of a cigar. But only under the influence of alcohol, notes of cinnamon and subtler shades of chocolate are released.

Cigar to alcohol or alcohol to cigar?

You can do it this way, and that way, depending on who you assign the role of “first violin” to in this pair. But general recommendations can be divided into three groups:

These are Armagnac, whiskey, cognac, calvados, and rum. Although the strength of all these drinks is approximately the same, they differ in taste and power:

These are mature ports, sherries, and Madeira. But if you like the taste of the drink to subtly set off the taste of a cigar, you can expand this list to include apéritifs, sweet dessert wines, and even liqueurs. Choose the medium strength with woody aromas and spicy flavors.

It is possible to combine cigars with wines, but only aged ones are suitable for this since young drinks cannot boast such a powerful bouquet that even weak tobacco will match. It is better to choose apéritif cigars with fruity flavors and woody-herbal flavors for wines. 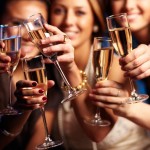