In an age when many of us want cleaner cosmetics products minus the harmful ingredients of decades past, a group of Italian scientists say they’ve discovered antioxidant power in some craft beers that may respond to two tell-tale signs of aging skin.

They recognized that many craft beers are developed from malts, hops, and yeast—natural ingredients that have been shown to yield some amount of antioxidants or phenols (healthy, disease-fighting compounds).

The scientists found that hops contained the highest phenol content, and yeast as a by-product from craft beer demonstrated the ability to better absorb phenols from the beer.

The study’s authors noted that hops and yeast which had been created during the beer’s production “showed the ability to improve the mitochondrial activity and prevent oxidative stress,” which they stated are “two features in skin ageing. [sic]”

They concluded that the study offers evidence that “waste from handcrafted beers can be an interesting source of phenols for the preparation of skin anti-aging cosmetics.” 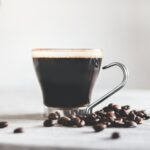 Wine has less Calories than Chocolate