IF the Rolling Stones think it’s good enough to drink, then actor Dan Aykroyd must be on to a winner with his vodka sideline.

The Blues Brothers star is heading to Australia on a “thank you” tour next month for his popular Crystal Head vodka and confirmed the next instalment of his Ghostbusters film franchise.

The Stones hand-picked the brand as one of the few sanctioned products to commemorate their 50th anniversary.

Aykroyd’s only disappointment was that the endorsement didn’t score him a guest spot on stage.
“When they last went out on the tour before the 50th anniversary shows, I think it was eight or nine years ago, the Blues Brothers actually opened for them in Chicago,” he said.

“So I can say I have opened for the Stones but as far as getting on stage and playing harp with Mick, they have a very tight show and I don’t know if they were into having a lot of guest artists.” 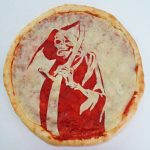 3 Of The Worst Crimes Against Pizza