After two years and four months of sobriety, David Arquette is drinking alcohol and smoking “a little weed” again.

In an interview with Howard Stern, Arquette admitted that he had fallen off the wagon. He revealed, “I’m drinking again… I’m a drinker. I drink a lot.” He added that he was sometimes ‘out of control’, but he was trying to ‘keep a cap on it’.

There were some rumors that the breakdown in his marriage to Courteney Cox was caused by alcohol abuse, but that just been based on unsubstantiated stories and not confirmed by anybody. It wouldn’t be hard to believe, when you look at Arquette’s previous history of alcohol abuse. It’s also harder to live in Hollywood and try to stay sober, especially with so many negative influences around. Hopefully, this doesn’t affect his career, and he’s able to place his health first and foremost. 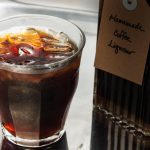 How To Make Coffee Liqueur With Instant Coffee