Innospec itself pleaded guilty in March 2010 to bribing state officials in Indonesia and was fined $12.7 million. The bribes were intended to secure, or serve as rewards for having secured, contracts from the Government of Indonesia for the supply of Innospec products including Tetraethyl Lead, also known as TEL, a highly dangerous organo-lead compound that was created as an octane booster to be added to engine fuel. Leaded fuel, i.e. fuel that contains TEL, was banned in the UK in 2000 due to links between the compound and severe neurological damage.

“Today’s convictions finally bring to an end a long-running investigation into corruption at Innospec.

“As former Secretary General of the UN Kofi Annan said, ‘corruption leads to violations of human rights, distorts markets and erodes the quality of life.’ By investigating and prosecuting this case, the SFO has helped curb those damaging consequences of bribery.

“The SFO case team has had to resist sustained and extensive legal arguments designed to prevent a trial taking place. That it has now taken place is testament to the skills, professionalism and tenacity of those involved.

“I am very pleased that a jury has had the opportunity to deliver its verdict on the defendants’ conduct.”

The sentencing of Dr Turner, Mr Jennings, Mr Kerrison and Dr Papachristos is expected to take place on 1 August 2014. 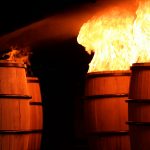