George Toubbeh said he got violently ill and “suffered from extreme anxiety and post traumatic stress disorder” from the beer he purchased and drank on August 7, 2015, according to his lawsuit filed in Orange County Superior Court.

“Plaintiff consumed the Heineken beer and noted that the beer had a foul taste,” his lawyer Zahra Aziz wrote.

Later, Toubbeh’s daughter allegedly made the disgusting find, according to the lawsuit filed this past Friday.

“Plaintiff’s daughter examined the contents of the Heineken can that her father was drinking from and found two dead geckos in the Heineken beer can,” Aziz wrote.

The dead lizards were fresh, lawyers said, meaning they must have slipped into a bottling plant and were alive when they were sealed in. 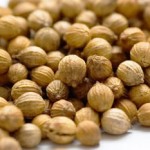