For Starbucks, the pandemic’s emergency workarounds are also a proving ground for a retail concept that could change the way people visit quick-serve restaurants.

The concept of curbside, contactless food pickup — even at locations like Starbucks that outfit themselves as a welcoming cafe where people can also enjoy the WiFi and charge their phones — was already gaining momentum before the coronavirus pandemic. And Starbucks was one of the trendsetters, first in the deployment of its mobile app and later in the adoption of order-ahead technology.

Many of Starbucks’ experiments with mobile ordering and payment have required it to redesign aspects of how it sells coffee. The newest changes require a much bigger commitment — Starbucks is closing about 400 of its traditional stores over the next 18 months, retrofitting others and showcasing its Pickup store.

These moves anticipate a permanent shift in consumer habits, in which the traditional Starbucks staple of people hanging around in stores for hours working on laptops won’t be as common but won’t disappear entirely.

Much like Amazon, another Seattle-based company, indirectly contributed to a sub industry of unattended retail technology developers with its Amazon Go concept stores, Starbucks’ ability to build scale through its mobile app has influenced the entire quick serve industry.

Starbucks had an app as early as 2009 and partnered with Target ten years ago to quickly scale mobile acceptance to more than a thousand locations. Starbucks approached a third of its transactions via mobile by 2017, when many other quick service chains were still building an audience.

As the rest of the QSR industry caught up, Starbucks turned to China to explore new concepts, working with Alipay on delivery and more recently agreeing to test China’s central bank digital currency, along with McDonald’s.

Starbucks’ success as migrating consumers to digital channels has influenced other chains, which like Starbucks are now trying to figure out what parts of their coronavirus strategy will be permanent.

“Starbucks is a leader in the QSR space and its mobile model has been a longstanding example for how these merchants can boost loyalty and profits through tech integrations,” said Vijay Sondhi, CEO of NMI, a payments technology company. “We can expect that the decision to fast track their ‘pickup’ store concept will be heavily noted as QSRs rethink their payment strategies, loyalty programs and store formats to meet customers’ new preferences around safety and convenience.”

As the economy recovers, QSRs will need as many levers as they can get to stay profitable Sonhi said. “Whether it’s releasing a mobile payment app or new store format like Starbucks, or installing new payment kiosks, following the pandemic, these merchants will need to explore all potential avenues.”

The coronavirus has sparked a rush to digital and contactless transactions, and payment executives such as Visa CEO Al Kelly have said these trends will outlast the pandemic.

Many of the top shopping experiences consumers are adopting over the past year are limited or no-contact, or a hybrid of digital and physical. Javelin Strategy & Research reports 40% have tried self-scan checkouts, 26% buy online/pickup in store, and 20% used delivery from a restaurant or third party app.

“Starbucks is smart to offer pickup-based stores. The focus on takeaway address those consumers who value the convenience of limited contact and a set pickup time are all able to be enabled digitally,” said Rachel Huber, senior payments analyst at Javelin Strategy & Research, adding more QSRs and retailers in general will need to take similar approaches to address the fact that not all consumers will want a traditional shopping experience going forward, or least that they may not want it all the time.

In its media statement, Starbucks suggested a pre-existing trend to support Pickup, reporting 80% of the payments in U.S. stores were for “on-the-go” orders; and the store was already redesigning stores to include easier access for mobile order and pay consumers, such as adding counters.

“New consumer daily routines have developed and quick service restaurants will have to adapt,” said Raymond Pucci, director of the merchant services practice at Mercator Advisory Group, adding many QSRs have integrated features including payment, loyalty and marketing that provide tools to work with. “Quick service and fast casual restaurants that offer digital ordering, delivery and drive-through will be on the fastest road to recovery.” 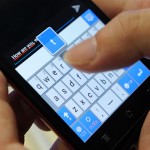