Football star Wayne Rooney might know his football but when it comes to wines, the Manchester United striker knows very little – according to experts

Wayne was treated to a £2,000 bottle of Château Petrus on his birthday by wife Coleen.

But the dad-of-two, who turned 28 on Thursday, was criticised by wine experts after he used it to wash down his birthday cake!

The critics say Château Petrus, one of the world’s most distinguished wines, is supposed to be an accompaniment to red meat – and drinking it with cake, according to them is a “waste of money”. 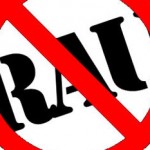