We are a species that loves our fermented grapes. We’ve been making and drinking wine since 6000 B.C. Even as far back as 2,000 years ago there were wine bars on every street in Roman cities. In 2014, Americans consumed an estimated 893 million gallons of wine. That’s a lot of quaffing.

But is the veneration of vino a good thing? We wine-sipping tipplers do a collective happy dance whenever a new study is published promoting the health benefits of wine in moderate consumption … as we plug our ears and hum loudly when other studies come out highlighting the health risks.

So with that in mind, here’s a look at all the different things science says about what can happen at wine o’clock — the good, the bad and the ugly all in their fermented glory.

To start things off, just what is moderate consumption? A standard drink is equal to 14.0 grams (0.6 ounces) of pure alcohol, which generally equates to 5 ounces of wine (and is roughly equivalent to 1.5 ounces of liquor or 12 ounces of beer, though variations in strength will throw that off). According to the Dietary Guidelines for Americans, moderate alcohol consumption means having up to one drink per day for women and up to two drinks per day for men. Most studies quantify amounts used in research.

Much of the research interest in wine has to do with antioxidants. Known as polyphenols, and especially flavonoids and resveratrol, these antioxidants are believed to work to protect the cells and tissues against harm that can lead to various diseases like cancer and heart disease. Wine, especially red wine, is loaded with them. 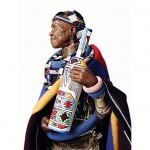 Belvedere has released a limited-edition Vodka inspired by Ndebele Art