Actor George Clooney thought it would be a good idea to audition to play a drunk character while intoxicated, but his plan didn’t work.

“I remember I was very bad at auditioning. I went to audition for Francis Ford Coppola to play a drunk in ‘Dracula’. I thought it would be a good idea if I were to get drunk for the audition to get the part,” Clooney told OK magazine, reports femalefirst.co.uk.

“Afterwards, Coppola phoned the agent and told him, ‘Hey, Clooney was drunk!’ So, that didn’t work out,” he added.

Over his 30-year career, the actor has had his fair share of embarrassing mishaps and he shared one of those was when he shot his new movie “Hail, Caesar!” whereby he had to slip into a pair of sandals and a skirt. 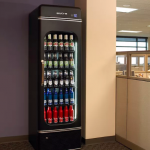