Gay activists are spitting fire after the owners of Diemerskraal Wine Estate in Paarl decided that it “didn’t feel right” to allow a gay couple to marry on their property.

According to a report on IOL, Emile Butler and his fiancé, Gareth O’Brien’s dreams were crushed when Daan and Jeanette Morkel denied them the right to share their happiness with friends and family at the venue of our choice.

According to Mr. Butler, the couple were very excited about Diemerskraal, after one of their friends got married there.

“Why is my money not good enough for Diemerskraal?” he asked.

Butler said that while Cape Town was mostly open-minded about gay people, he couldn’t say the same of the country’s small-town mindset. “I can’t believe that in this day and age it is not okay to be gay in South Africa,” he said.

The decision has resulted in their wedding plans now being seriously delayed as the couple begin looking at other venues.

Although the couple feels really hurt, they stated that they don’t want anything from the Morkels other than an “honest apology”.

After repeatedly asking Diemerskraal via SMS and e-mail to contact him, Butler explained that he finally received an SMS saying that the owners “couldn’t find it in their hearts” to let the couple have their wedding and reception at Diemerskraal.

Approached for comment on the decision, Jeanette Morkel, who spoke to Weekend Argus on behalf of herself and her husband Daan, said that while she respected the couple, and “give them all the blessings I can”, they could not agree to host the wedding.

She said they were sorry the couple were angry, adding that “we never tried to hurt them or discriminate against them”.

But as she and her husband respected the gay couple, they asked for the couple to respect them too.

Butler said he decided to speak out because he felt discriminated against, but also to be a voice “for everyone” who could be similarly affected. For this reason, he had approached the Human Rights Commission to lodge a complaint.

“They say that I have a case, so I am going to leave it in their capable hands,” he said. 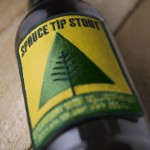