The Espresso Martini is the best cocktail, for me and many other serious drinkers. It wakes you up. It gets you tipsy. And it tastes like dessert. What’s not to like?

Yet, the NY Post went as far as to claim that the drink is “ruining your sleep and heart health.”

Well DUH! This is not news! No one orders an espresso martini under the guise that it’s a health drink. It’s not a big secret that the cocktail has alcohol, caffeine, and sugar.

Thankfully POPSUGAR raised the question we all want to know: are espresso martinis really all that unhealthy for you? Here are their findings…

What goes into an Espresso Martini?

What’s in an Espresso Martini anyway? Not much more than Vodka, Simple Syrup and Espresso, right?

How Much Caffeine Is in an Espresso Martini?

Generally about two ounces of vodka (40% alcohol) as well as a half-ounce of Kahlúa (20% alcohol). That’s a little bit more than what the National Institute on Alcohol Abuse and Alcoholism considers a single drink. However, practically speaking, its alcohol content is about comparable to a heavy pour of wine (eight to nine ounces) and less than most other martinis.

So Is an Espresso Martini Really That Bad For You?

Naturally, moderate or excessive drinking can be very damaging to your health. Although we’ve collectively clung to the occasional evidence supporting the benefits of drinking alcohol moderately, the reality is that it’s just not good for us in any amount (DAMMIT).

Drinking any amount of alcohol poses a health risk and a recent study found that any amount of drinking increases your risk of cardiovascular disease.

Caffeine is less of an issue. In fact, consuming a few cups of black coffee a day can actually be beneficial to your health, by fighting inflammation, boosting metabolism for a short period of time, and improving blood flow. Most people can safely consume up to 4 cups of coffee a day (400 milligrams of caffeine) without any negative health effects.

Not to state the obvious (again), but if you drink an espresso martini later in the day or at night, there’s a chance it will mess with your sleep. It has a half-life of five hours, meaning that it takes this long for the effects to begin to wear off and up to 10 hours for it to completely clear your body.

Then again, plenty of people consume caffeine in the afternoons or evenings without a problem. So we say BOTTOMS UP!!! in moderation, of cause. 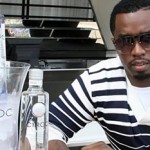