Diverse bird life and sophisticated wines at one of the oldest wine estates in the Cape Winelands.

The first thing I notice as follow the dust road to the historic Vergenoegd Manor House is the amount of ducks in the vicinity of the large dam. Ducks are not an uncommon site in the Cape Winelands, but this is an unusual amount.

“Yes,” smiles John, the winemaker and sixth generation Faure to farm on Vergenoegd, “they are Indian Runner Ducks. Their natural source of food is snails and insects. I send them into the vineyards during growing season when the snails are at their worst”.

The ducks are quacking away all around the Cape Dutch homestead, which is a historic monument and dates from 1773. It’s a happy sound and a perfect expression of the Dutch word “Vergenoegd” which means that “satisfaction has been achieved”. The farm was named “Vergenoegd” when the first land rights were granted in 1696, long before the ducks arrived. 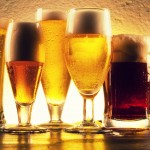