Insect cuisine. Edible packaging. High-tech green roofs. The future of food is around the corner.

Two billion people around the world, primarily in south-east Asia and Africa, eat insects – locusts, grasshoppers, spiders, wasps, ants – on a regular basis. Now, with food scarcity a growing threat, efforts are being made to normalise the concept of entomophagy, or the consumption of insects, for the other 5 billion. Last year, the UN’s Food and Agriculture Organisation (FAO) published a list of more than 1,900 edible species of insects; the EU, meanwhile, offered its member states $3m to research the use of insects in cooking.

Why? Because insects, compared to livestock and fish, are a much more sustainable food source. They are available in abundance: for every human on Earth, there are 40 tonnes of insects. They have a higher food conversion rate than even our fastest-growing livestock (meaning they need to consume less to produce the same amount of meat) and they emit fewer greenhouse gases. As a fast-food option, which is how people treat them in countries such as Thailand, insects are greatly preferable to the water-guzzling, rainforest-destroying, methane-spewing beefburger. They are nutritious too: rich in protein, low in fat and cholesterol, high in calcium and iron.

This already happens in most parts of the world — there are 500 species of bugs eaten in Mexico alone — but now the United Nation’s Food and Agriculture Organization is promoting insects as a food source. Have pests on your crops? Just eat the insects. 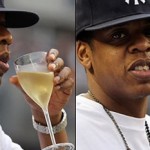