Salty and deep-fried things go well with liquor. Most decent bars offer bar snacks, even if it’s just a bowl of peanuts. Drinking snacks get a bit more unusual once you start travelling to different parts of the world. Some of the following snacks might even require a few drinks before you’re willing to give them a try!

This fertilized duck egg is a popular snack in the Philippines. Balut is normally with beer and Filipinos hold the belief that it helps make their bodies strong.

Sannakji, also known as raw octopus, originates in Korea and is generally consumed while drinking soju or beer. To prepare the dish, the chef takes a live baby octopus and chops it into several pieces, seasons it with sesame seeds and oil, and serves it immediately. Don’t be surprised if some parts of the octopus still wriggle around on the plate. BEWARE! The suction cups on the tentacles may still be active and can stick in the mouth and throat if not chewed sufficiently. So when eating, chew as if your life depends on it, as it actually might.

The folks in Southeast Asia are known for their strange foods. One is bugs, which some belief are the future of food. If you walk around in Thailand you can find and order a quick snack of silkworms, grasshoppers, or water bugs. These are usually eaten with rum or beer.

For hundreds of years, the Chinese have used saliva nests in their cooking, primarily in this soup. While there are many varieties, bird’s nest soup as a whole is one of the most expensive foods on the planet, with the red nest variety costing up to $10,000 per bowl. This soup is known as “energy soup” as well.

If these weird and unusual bar snacks from around the world leave you slightly disturbed, wait till you see these bizarre bars that serve up drinks with a side of weirdness. 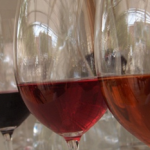 What Colour Tells You