Coca-Cola is getting back into the booze business and unlike 40 years ago, this time the soda giant is playing to its strength.

The beverage company announced that it will create a Topo Chico hard seltzer, which it plans to debut in Latin American countries before 2020 draws to a close. The cans are set to hit the US market in 2021.

This comes a year after Coke successfully dipped its toes back in the liquor market for the first time in decades, introducing a lemon-flavored canned cocktail called Remondo in Japan.

Topo Chico, an especially effervescent sparkling water sourced from Monterrey, Mexico, has street cred with American bartenders, especially in Texas. Coca-Cola acquired the brand in 2017 and widened its distribution, seemingly without any backlash about the change of ownership.

A Topo Chico hard seltzer plays into several positive marketing trends. Hard seltzers are by far the hottest alcohol product in the US.

Also, though nowhere near as trendy, Mexican beers continue to sell well. And, if Coca-Cola makes the product clear like the sparkling water, it would seem to play into the current market for alcoholic beverages that make a pretense of being healthy.

Going against Coke is its history. In the 1970s, a Coca-Cola-affiliated company DID lead to the creation of the nation’s second-largest wine company – after selling it off in a mad scramble to get out of the wine business. 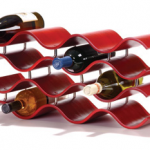 3 DIY Wine racks that are easy to make