Diemersdal Estate in Durbanville underscored its status as one of South Africa’s most awarded wine farms by winning the coveted Gen. Smuts Trophy for Best Wine at this year’s South African National Young Wine Show for the second time in nine years. This iconic trophy is awarded to the top scoring wine at the annual Young Wine Show, this year going to Diemersdal’s Wooded Shiraz which topped the 1218 entries from the 2022 vintage.

Diemersdal also won the Gen. Smuts Trophy in 2013 with a Sauvignon Blanc, the variety for which this estate has become world-renowned.

Thys Louw, the sixth-generation owner-winemaker at Diemersdal, sees the Gen. Smuts Trophy as the ultimate accolade for any South African in the wine industry.

“The South African Young Wine Show celebrates its 190th anniversary this year and encapsulates the history and provenance of the country’s wine industry,” says Louw. “It has always been a privilege for Diemersdal to participate in the Young Wine Show and an honour to be acknowledged by the judges. Any winery entering this competition dreams of winning the Gen. Smuts Trophy, the show’s top award which is represented by that splendid piece of silverware. Myself and the Diemersdal team are thus suitably enthralled to win this award again and to take the trophy back to the farm. My winemaking colleague, Juandré Bruwer, deserves special praise for having taken Diemersdal’s Shiraz wine to new heights – he will definitely be the first one to take a celebratory sip from the cup!”

Bruwer, who has a predilection for Shiraz, says he enjoys the challenge of making wine from this variety growing in the cool climate of Durbanville, where Diemersdal is situated. “The farm’s proximity to the Atlantic Ocean ensures cold winters and mild ripening conditions that give Shiraz a unique character very different to the wines from warmer areas,” he says. “Shiraz can be a bold, big wine. But in cooler regions one finds elegance and refinement allowing a flavour profile conducive to showing white pepper, dark-berries and plums, with an enticing presence of violet on the aroma. The fact that Diemersdal’s vines are unirrigated and sustained entirely by the natural climate cycles also plays a huge role in varietal expression.”

To add an extra dimension to the wine, Bruwer uses whole-bunch fermentation to give freshness and vigour.

“The Shiraz that won the Gen. Smuts Trophy spent seven to nine days undergoing whole-bunch fermentation and is currently still maturing in 2nd fill French oak barrels,” says Bruwer. “The wine still has nine months’ maturation ahead to round-off the edges and to gain added complexity. If this wine could impress the Young Wine Show judges after only a few months in barrel, we at Diemersdal are really looking forward to getting the final product into the bottle and offering it to our customers.” 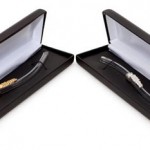