WEIGHT LOSS can be aided by adding black coffee to your diet plan and drinking it in a specific way, scientists have found.

Experts in clinical trials have found that the caffeine in black coffee specifically boots your metabolism and increases the body’s potential to burn fat.

One such study from the Department of Human Nutrition in the Netherlands stated that drinking coffee immediately boosts your metabolism, burning extra calories.

Researchers wrote: “After caffeine consumption the metabolic rate increased immediately (…) and remained elevated for the three hours during which measurements were taken.”

Another from King’s College, University of London, found that those who drank black coffee could boost their daily calorie burn by an extra 150 calories.

This is because caffeine encourages thermogenesis, the process of the body increasing the metabolism. Thermogenesis also has the effect of raising your body temperature. 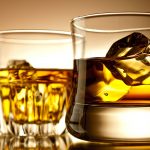 What’s the difference between Scotch and Bourbon?