It’s official: Rudy Kurniawan is off to spend the next 10 years at a federal prison in southern California.

Who, you ask, is Rudy Kurniawan? And what, precisely, does he have to do with issues of how to think about your personal finances? Well, listen to this.

Rudy Kurniawan was a wine forger: he brewed up batches of wine in his kitchen, stuck it in bottles to which he applied carefully-forged labels – and sold the bottles as impossibly rare vintages to collectors whose ranks included billionaires such as Charles Koch. He worked methodically to build his reputation in the rarefied world of collectors of fine wines, acquiring a reputation for having a “nose” – and later, an uncanny knack for laying hands on large quantities of even the world’s rarest wines.

With the benefit of 20/20 hindsight – or even a smidgen of common sense – many of these individuals should have used their vaunted “noses” to detect that something was a little off, that this was all a little too easy. At a 2003 tasting chronicled by New York magazine chronicles, he rolled out no fewer than a dozen different vintages of incredibly rare Bordeaux vintages, all bearing the Chateau Petrus label – and all in magnums. How could any young man, still in his 20s, however talented and affluent, be able to lay his hands on so many bottles of one of the world’s most coveted wines, that his guests (themselves veteran aficionados) had never seen gathered in one place at the same time before? 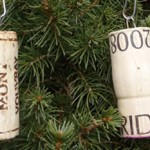