Like many booze brands, Bacardi rum has spent a lot of its marketing money playing up its heritage in recent years.

Ads told tales of how the 153-year-old brand survived Prohibition, its exile from Cuba and disasters like earthquakes, fire and war.

But in a sign that younger drinkers might be tiring of such stories, Bacardi is taking a sharp turn into the here and now with a new campaign that will be backed by a major media investment. The effort will retain the line, “Bacardi Untameable Since 1862.” But a TV ad debuting Oct. 12 avoids the past entirely. Instead, the spot (above) features a mobile house party that trucks along scenic highways and byways with revelers inside.

The brand — whose sales have slumped in recent years — is projecting its bold new ambitions in a statement about the campaign scheduled to be released today that declares Bacardi wants to “dominate the category once again.”

While Bacardi is still the top U.S. rum by volume market share, sales have been sagging. The brand’s share fell to 34.3% last year from 35.4% in 2013, according to Euromonitor International. That is off the recent peak share of 39.7% in 2005, according to Euromonitor. The No. 2 U.S. rum brand, Diageo’s Captain Morgan, has also lost share in recent years as smaller brands gain ground. 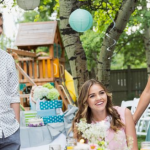