The ghetto fabulous sight of Kanye West walking the VMAs red carpet with Hennessy in hand has been burned into our brains. Rappers have always loved Hennessy and still do. Kanye just happened to glorify the phenomenon a bit too much or he just forgot a flask.

Inserting your favourite brands into your rap songs is called a “shout out”. But why advertise other folks’ brands, though, when you can flog your own stuff? Several rappers have launched their own lines of clothing, footwear and even liquor — Jay-Z has created Roc-A-Fella whiskey and purchased U.S. distribution rights for the Scottish brand Armadale vodka.

While Cristal remains in the top 20 American Brandstand references this year, it trails Hennessy Cognac. Artists as disparate as Destiny’s Child and LL Cool J mention the brand in their songs; for them, the amber cordial represents platinum living.

Hennessy is known as “Henn Dog,” “Henn-roc” and “Henn,” as in Lil John & the East Side Boyz’ tuneful advice: “Now give me my dough back and go get ya friend. (She’s) standing there while I’m drinking my Henn.” Eminem celebrates “Henny” on his song “Just Lose It.”

This is fortunate and timely for Cognac producers. In 1998, sales were at an all-time low, mainly because Asia, a top export market, was in economic crisis. Some 20,000 people in the southwestern region of France, near the small town of Cognac, depend on the digestif for their living.

Then along came Busta Rhymes and P. Diddy, who revitalized the potable with their 2001 song “Pass the Courvoisier.” The song comes off as a commercial for the Cognac:

In 2002, Courvoisier sales jumped 30 percent, the largest increase the 300-year-old brand had experienced since Napoleon III named it the “official supplier to the Imperial Court.”

A spokeswoman for the Cognac National Interprofessional Bureau, says the hip-hop influence helped American sales reach more than 40 million bottles last year, worth $1 billion. Young blacks accounted for 75 percent of those sales. And although worldwide Cognac sales, at $1.5 billion a year, are still only a tenth of vodka’s sales, they’re growing at a robust 10 percent.

However, when Courvoisier management summoned some 900 grapegrowers from Cognac to watch the Rhymes music video in order to gain an appreciation of the American market, they were shocked at both the lyrics and the images — a world away from their bucolic life and traditions.

For most of its life, Cognac was considered a connoisseur’s digestif, served neat or on ice, much like single-malt whisky. But today, 60 percent of all Cognac consumed is part of a mixed drink. The late rapper Tupac Shakur trumpeted his favorite drink, “Thug Passion” — Alize (a passion fruit and Cognac liqueur) mixed with Hennessy. Other popular Cognac-based liqueurs are Camus 4U, a blend of Cognac and fruit juice, and Hpnotiq, a blue-colored blend of Cognac, vodka and fruit juice. To traditionalists, that’s blasphemy; for marketers, it’s a dream come true.

Hennessy is currently on special at Ultra Liquors. Price only valid until 17 February, so hurry up and get your rap on. 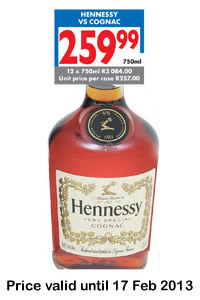 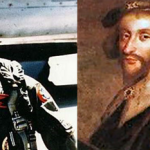