Almonds, blended and strained in substantial quantities to satisfy our collective thirst for plant-based milk alternatives, have travelled a great distance to become a coffee shop staple.

Native to the Tian Shan Mountains of Central Asia, California’s Central Valley produces more than three-quarters of the world’s supply. Grown in mega-farms wholly reliant on honeybees for pollination, it’s the insects that now must do the travelling.

As with more than one-third of our food species, almonds require pollination. And with blossoms of blush and white blooming on millions of trees simultaneously, local pollinators simply can’t keep up. Packed into boxes, loaded onto trucks and transported en masse to a vast artificial forest, California’s $14-billion almond industry depends on bees-for-hire, which are dying at unprecedented rates.

Fifty-billion bees — 40 per cent of America’s honeybee colonies — didn’t survive last winter, according to a nationwide survey. “The high mortality rate creates a sad business model for beekeepers,” Nate Donley, a senior scientist for the Center for Biological Diversity, told The Guardian. “It’s like sending the bees to war. Many don’t come back.”

Mass pollination of monocultures — once deemed an efficient and high-yielding process — is stalling. And as The Guardian reports, while beekeepers have previously blamed exposure to pesticides and parasites for the record losses, organic beekeepers and environmentalists believe the issue is more fundamental.

“The bees in the almond groves are being exploited and disrespected,” Patrick Pynes, an organic beekeeper who teaches environmental studies at Northern Arizona University, reportedly said. “They are in severe decline because our human relationship to them has become so destructive.” 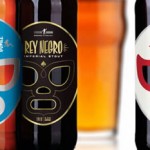