In November 2009, highly acclaimed Chef George Jardine and award-winning winemakers Gary and  Kathy Jordan, joined forces to open a new restaurant on the grounds of Jordan Wine Estate in  Stellenbosch.

The partnership brought together the Jordans, owners of one of the country’s best known and respected  wineries, with former South African Chef of the Year Jardine, who is eponymous in the restaurant scene in  Cape Town.

Chef George Jardine, of The Jordan Restaurant, remained in the Top 20 South African Restaurants at the  EatOut Awards since opening and left his guests coming back for more with his signature dishes of Chalmar sirloin, steamed Saldanha Bay mussels “en Papillote”, and of course, the infamous honey lemon &  poppyseed soufflé!

After 12 successful years at The Jordan Restaurant, George and Louise have decided to focus their energy  on Restaurant Jardine in central Stellenbosch and explore other culinary projects.

After careful consideration and noting the experience of various chefs from around the country, Chef  Marthinus Ferreira, of Dw eleven – 13 in Johannesburg, has been selected as Head Chef and management  of The Jordan Restaurant, from mid-April 2022. The signature restaurant will trade under the name The  Jordan Restaurant with Marthinus Ferreira.

Marthinus Ferreira is the current owner and Head Chef of the fine dining restaurant, Dw eleven -13,  which has also been running for 12 years. He has helped shape the South African food scene with his flair  of food gastronomy inspired by his childhood favourites and influences from abroad, having worked with  some of the world’s top chefs, including Chef Gordon Ramsey & Chef Heston Blumenthal.

Marthinus returned to South Africa to open his establishment, Dw eleven – 13 in Johannesburg, and has  had the pleasure of seeing the country’s food industry grow and level up to international standards which  he was already accustomed to.

Gary Jordan proudly states “Marthinus has made a name for himself as one of South Africa’s top creative  and inspiring chefs. It is therefore quite apt that 10 years ago already George Jardine and Marthinus  Ferreira, two of my favourite chefs in the world, cooked together for my birthday celebration in  Johannesburg. This friendship continues today.”

Marthinus will continue to use his finely tuned skills but maintain a strong focus on homegrown farm to  table, and ethically sourced meat from local farmers, and the freshest seasonal ingredients.

Jordan wines will be available by the glass and bottle, including older vintages and rare finds, with a  selection of fine wines from neighbouring estates, and wine various regions within South Africa.

Other accomplishments by Chef Marthinus Ferreira include:

– Judge on The Ultimate Braai Master Season 1 and 2

– Featured on the Young South Africans to watch list

Noting Marthinus’ achievements, George Jardine says “The 12 years at Jordan has been crazy, exciting and  rewarding. I am sad to leave this amazing wine estate, it has been a pleasure. I’m so excited for Marthinus. I  can tell by the permanent grin on his face that he is fully committed and up for this new challenge”.

George and Louise will continue to welcome guests to The Jordan Restaurant until mid-April of 2022.

Gary, Kathy and the Jordan team look forward to following George and Louise on their new adventure and  wish them all the best as they depart Jordan Estate. 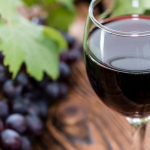 Cabernet Sauvignon Is The Most Planted Grape Variety In The World