A new film about to be released shines a spotlight on the gruelling world of the Master Sommelier qualification – an exam less than 200 people have ever passed.

Somm tells the stories of Brian McClintic, Dustin Wilson, Ian Cauble and DLynn Proctor as they prepare for the entrance exam for the Court of Master Sommeliers.

Describing themselves variously as ‘the new rockstars’, ‘prophets’, ‘egomaniacs’, and ‘sickly gifted’, the four Americans go through ‘thousands and thousands of hours’ of wine tasting, wine theory and practice.

In scenes reminiscent of The Apprentice and dozens of other reality TV shows, Somm – as sommeliers are sometimes called in the US – shows them in the depths of despair, as well as approaching what they concede is a ‘brutal’ ordeal with masochistic relish. 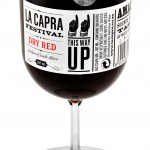 Fairview Introduce Wines By The Glass To South Africa