The last time I tasted Chateau Libertas 1940 was on the occasion of the brand’s 80th anniversary in 2012 when the information to hand suggested that its constituent parts were “predominantly Cabernet Sauvignon but including Cinsault and some of the Port varieties” while the alcohol was given as 14.93%. My tasting note at the time was as follows: “Decaying forest floor, orange rind and caramel on the nose. Rich, thick textured and mellow on the palate. Not unlike Tawny Port.”

Earlier this week, I got to revisit the wine as part of a recorking process in the lead-up to the “Distell Tabernacle Heritage Sale” (working title) to be held later in the year. The Tabernacle is producer-wholesaler Distell’s famed 12 000-bottle wine library dating back to 1979, and custodian Michael van Deventer has selected some 35 different items for auction by Strauss & Co. All those put forward were inspected for soundness, after which they were fitted with new corks, and I got to taste through the line-up, tasked as I was with writing notes for the catalogue. 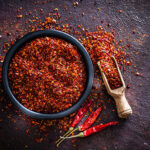 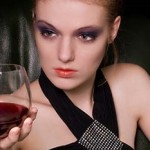