Patrón has created a line of Margarita-flavoured fizzers which can be dropped into a glass of Tequila to create an instant cocktail, in celebration of International Margarita Day on 22 February.

Like a bath bomb, when the fizzer hits the liquid, it starts to disintegrate. After the entire ball has disappeared, the cocktail, which will not be fizzy, is ready.

Rather than the traditional lime, the Margarita fizzers are flavoured with passion fruit and jalapeño, lychee and chia seed, tomato and thyme, celery and elderflower, pickled plum and kelp tea, and orange marmalade with Sherry. Each combination was inspired by Patrón’s Margarita of the Year Competition.

According to the brand, the ‘Margarita bombs’ are made from “real ingredients” rather than flavourings.

Currently, the fizzers will only be available at the Norwood members club in New York at a cost of $30 per cocktail. It remains to be seen whether the Tequila brand will launch the DIY mixology line to the general public. 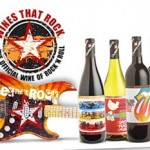