Several Sunday Newspapers, including City Press and Rapport, published articles this past weekend detailing unsatisfactory living and employment conditions of women on historic Kloovenburg wine and olive farm in the Western Cape. The articles contained several errors of fact, which we would like to correct.

• The unrest and strike action that occurred recently in the Riebeek Valley, as elsewhere in the Western Cape, did not have anything at all to do with workers’ living conditions. It centred solely on the payment of a minimum daily wage.

• Farm owner Pieter du Toit pays Kloovenburg’s seasonal workers R70 per day plus a daily R5 incentive bonus for those who merit it.

• Du Toit did not ‘fire’ the workers last Thursday, nor ‘order them to board a truck’. According to him, the workers asked to be allowed to return home after the terms of an interdict obtained in the Labour Court following an unprotected strike on the farm were read to workers (and translated into Xhosa). On Sunday evening, all bar two of the workers returned to the farm, and were back at work on Monday morning.

• Until Du Toit received an email from media24 reporter Jacques Pauw at 1.30pm on Friday 16 November – during one of the busiest and most labour-intensive times on the farm, and while Du Toit was dealing with the issues arising from the strike action – he wasn’t aware of any dissatisfaction among his workers about their living conditions. Nobody had raised any issues with him or lodged any complaints.

• Two wooden bungalows (Wendy houses), two durable metal containers and a large additional brick-and-mortar room form the basis of the accommodation for the 49 women employed on a seasonal basis on the farm, and the nine small children accompanying them. Bunkbeds and mattresses are supplied in the bungalows and containers; mattresses are supplied in the additional room. Workers supply their own bedding.

• The accommodation, plus electricity and water, is supplied to the workers free of charge.

• The accommodation is centred around a clearing, and surrounded by large trees and other leafy bushes. It is a short stroll away from the Du Toits’ family home.

• The mothers of the nine children asked that their children accompany them to the farm, as they consider their children to be in a safer environment on Kloovenburg than they would be if they were left behind in the city. Du Toit pays a day-mother to take care of the children.

• Two toilets in working order, two large basins with running water and two additional taps are supplied for ablutions and are in working order. These have broken from time to time; when this has happened, Du Toit has immediately organised for their repair.

• The women, who come from Langa and Khayelitsha near Cape Town, catch the train on Sunday evenings to the nearby town of Hermon, from where they are collected by truck. They work from Monday to Friday. On Friday afternoons, they are transported to Wellington, from where they take the train back to Cape Town. This twice-weekly transport between farm and station is also provided free of charge.

• The Riebeek Valley is well known for its summer mosquito problem, and the workers are not alone in having to deal with this – mosquitoes plague all residents of the valley in the warm months. Similarly, other pests are common in most homes in the area, which is rural in nature. Pest-control measures are in place on the farm.

• Although the seasonal work starts in September, Du Toit says he has enquiries from workers from as early in the year as July. A core group of about 25 women return to Kloovenburg to work year after year; some of them have been coming every season for 10 years. Du Toit says his relationship with his workers has always been friendly and respectful.

• The allegation that Du Toits’ permanent employees live in ‘shoddy housing on the estate’ is completely untrue. The stone cottages are in good repair, each has a solar geyser, and Du Toit provides free water and electricity. The permanent workforce is stable, with very little turnover of staff. In addition, the elderly widows of two farmworkers live on the farm rent-free, with free water and electricity subsidised by Du Toit. One of them has been on the farm for more than 40 years.

• A five-member delegation from the Department of Labour carried out an unannounced comprehensive inspection of the farm this morning, Tuesday 20 November 2012, and were welcomed by Du Toit. Their report will be available by the end of the week. 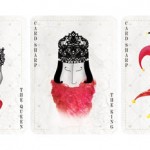