Energy drinks are simply soft drinks that are marketed as drinks that increase energy compared to other common beverages. The usual calorie count or quantitative energy is estimated to be much lower than those found in regular soft drinks. The main ingredients present in these energy drinks are a mixture of the vitamin B complex, herbal components, and methylxanthines, including caffeine. Some other elements are maltodextrin, guarana, carnitine, ginkgo Biloba, inositol, ginseng, glucuronolactone, taurine, and creatine. Like coffee and tea, the main stimulant included in the energy drink is none other than caffeine.

Energy drinks are marketed as those products that provide an extra boost to the body. There are several contradictions about the use of these drinks as they are considered harmful to the body. It acts on our body, providing enough vitamins and minerals to enhance the physical and mental state of the body. During periods of tension and stress, energy drinks work well to keep the body alert and stable. The reaction rate, as well as the concentration, are calculated spontaneously to improve enery levels. To be precise, the entire metabolism of the body increases to a remarkable level. Such a lift would have great effects on the performance of the body.

Some of the energy drinks like Red Bull are considered to increase the heart rate to an abnormal level, which is very dangerous for people already suffering from heart disease. It could seriously affect the clinical status of such individuals. A long and in-depth study states that people with heart conditions should avoid drinking any type of energy drink. There are several other natural ways that you can increase your energy, and it is highly recommended to follow the safest path.

Energy drinks are being introduced more and more on the market these days. The competition between them grows stronger as the days go by. Red Bull energy drink is marketed by conveying the fact that they stimulate the entire metabolism, increase the speed and focus of the mind and body, and stimulate overall speed and performance.

Yet another energy drink, XS Citrus Blast, is said to follow the “No Sugar” rule as it has reduced the calorie count from sugar. The eight calories present in the drink consist of protein and amino acid calories. The ingredients present in the drink are Acesulfame Potassium (Ace K), Sucralose, and fruit essences. These components give the true essence of the drink without added sugar.

Designed to be an energy injection and act as a source of nutrients, these drinks allow us to get through the day without passing out before lunchtime. In recent years, so many people have adapted their lifestyle around these drinks that stories have started to emerge about the possible negative attributes of these drinks. The supposed death from consuming these drinks in clubs and during other activities has raised the red flag for legislatures concerned about the health problems of energy drinks.

The modern energy drink evolved from a drink that was first marketed in Japan during the 1960s.

If you looked at each ingredient common to most energy drinks individually, you wouldn’t find anything too harmful.

Some studies even say that taurine can improve athletic performance. Up to 3000 mg of supplemental taurine per day is considered safe.

B vitamins help your body make energy from the food you eat. It is also important nutrients for improving mood, memory and other brain related functions. These can be found in the proteins of fish, poultry, soda, eggs and dairy products. Green leafy vegetables also contain vitamin B.

Caffeine is not a stranger to the people as it is the main ingredient in coffee. Coffee is consumed by millions of people without adverse effects, and most people need caffeine to function every morning. Most of the people know, caffeine is a stimulant that causes your heart rate to rise, your pupils for your muscles to tense. In fact, small doses of this substance can be very beneficial to you by helping your metabolism or slowing down chronic fatigue.

Sugar is probably the most harmful substance (at least individually isolated) found in these drinks. Sugar is the slow and silent killer because it is the main culprit in obesity and diabetes. The sugary treats you use to reward yourself or your child should be the first thing you want to improve when looking for a healthy lifestyle. 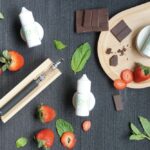 7 Snacks To Pair With Your Vape 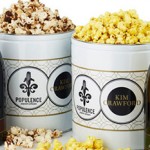