The 2017 vintage is definitely going to be better than 2016,” feels JD Rossouw, wine-maker at Franschhoek Cellar.

“According to some critics, 2009 could have been the best vintage in the last 20 years and 2015 was also very good.” Time will tell how 2017 measures up to 2015 but certainly the night-time temperatures were cooler than in 2016, he says. “The concentration and colours in the reds are better and the whites are fresh-er with nice fruit.”

“These are challenging times, especially in terms of the red wines, with everything ripen-ing at the same time. But hotter is becoming the norm rather than the exception. We are now making good wines in dry, hot condi-tions, and volumes are consistent, if not slightly up.” Franschhoek Cellar buys grapes from all over the Cape winelands, from Franschhoek, particularly from Paarl and various parts of Stellenbosch, notably the Helderberg, as well as Philadelphia. “Our philosophy has to do with cooler areas and elegance in the wines,” says Rossouw. “Last year we intro-duced two Cap Classique bubbles and we’re looking to expand the portfolio further.”

Franschhoek Cellar’s 2017 Semillon and Merlot are very promising, according to DGB viticulturist Stephan Joubert. The winery has excelled with wine made from 80-year-old Semillon vines and Rossouw goes further to say that the variety has the potential for be-ing the flagship white of the Franschhoek Valley, and Cabernet the flagship red. The winemaker reports that the Chenin and the Chardonnay also look very good. “We’re playing around with egg-shaped fermenters and bigger barrel sizes. Exciting times.” 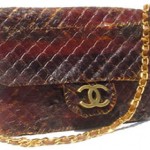 Chanel handbag made from biltong