At times called “milk champagne,” Kumis is a mare’s milk dairy product that has a mild alcohol content, ranging from 0.7 to 2.5%. This drink originates from Central Asia and was first mentioned by Herodotus in the fifth century BC.

Strictly speaking, kumis is in its own category of alcoholic drinks because it is made neither from fruit nor from grain. Technically, it is closer to wine than to beer because the fermentation occurs directly from sugars, as in wine (usually from fruit), as opposed to from starches (usually from grain) that had been first worked to be converted to sugars, as in beer. 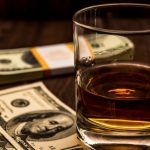 Top 5 Most Expensive Drinks in the World