The Graham Beck team is already knee deep and up to their elbows in Harvest 2018. This is not only the most frenetic time of the year, but also the most thrilling, and, at times, hair-raising!
As is Graham Beck tradition, the annual start of harvest is celebrated at our Robertson cellar with much fanfare, jollity and excitement. Our farm teams deliver the first load of the day to our cellar teams. Dressed in colourful and imaginative outfits, they wave banners, sing and dance while ceremoniously ringing in this pivotal time of year during the annual harvest parade which took place on the 11th of January this year, a definite highlight on our calendar.
What’s in store for 2018?
This has been one of the most challenging vintages in recent years due to the extreme drought conditions persisting in the Western Cape. Now in its third year throughout the winelands, the effects are dramatic. However, conditions augured well during the run-up and early summer has been warm and dry with very healthy conditions and no disease pressure. The season is later than usual which is due to a combination of many factors, with the drought and heat waves being some of the biggest climatic influencers thus far. Our water allowance for irrigation was halved in November 2017 and it has been a struggle to keep the vineyards in balance and happy without stress. Another curve ball has been the inconsistency (no set pattern) in ripeness levels. We had textbook analysis at the commencement of harvest, with outstanding quality fruit coming into the cellar. The initial pickings of Chardonnay and Pinot Noir indicated that we are around 10% down on volume estimates at Graham Beck in Robertson. Several of the other areas where we source some of our Cap Classique grapes haven’t escaped as lightly. There are reports of up to 30% lighter crops than the estimated yields that were forecasted. This is serious, as it is a sign that there will be a shortage of South African wine later in the year, with an even worse scenario predicted for next year, should the drought conditions persist. However, despite these challenges, we remain extremely optimistic at Graham Beck for the 2018 vintage! The decision to position ourselves as a specialist producer in Cap Classique saw an ambitious revamp of the cellar, including improvements and expansion to the whole bunch receiving and pressing areas – yet another exciting step in our ever evolving “pursuit of the perfect bubble”.
Constantly innovating We have added four additional PERA wine-presses (with more to come) and introduced a state-of-the-art conveyor system for the grapes, in order for them to travel as whole bunches to the presses – adding a thrilling new dimension to the Graham Beck MCC journey, by improving and supporting our passionate attention to detail and dedication to quality. All hands on deck This year we are thrilled to have a great intern team assisting us in the cellar. Carlos is from Mexico, Morgann from Champagne France, and Emma from Kentucky, USA. Emma is the daughter of Antony Beck and we’re delighted to have a third generation Beck member interested in winemaking. Moses Magwaza, sommelier at Restaurant Mosaic at The Orient Boutique Hotel, Pretoria also assisted us in the cellar for a few days to gain valuable experience.
Eager anticipation For now the winery is filled with superb aromas emanating from the new young wines as they happily ferment away; and we’re looking forward to tasting them as soon as they are dry! It may still be early days, but we’re incredibly excited and very optimistic about what lies ahead, so “watch this #bubblelicious space”….
We have used some #’s in our cellar posts on social media and would love you to find us and follow the activities as harvest progresses. 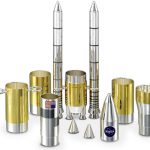