When you’re feeling risky, but not too risky, Coca-Cola’s got you covered.

The brilliant minds that brought us New Coke are back at it again with a flavour concoction that is sure to win hearts, minds, tastebuds, dollars, and possibly doctor visits. Say hello to Orange Vanilla, which a press release tells us is the first new iteration on that classic Coke flavour in over a decade.

The flavour blast from your Creamsicle past will be available in the U.S. starting Feb. 25, but that Orange Vanilla is, at this moment, kept out of reach by Time’s evil grasp hasn’t stopped soda fans from speculating on the sheer possibilities offered by the new flavour.

Irrational exuberance aside, one does perhaps wonder why now and why Orange Vanilla? Thankfully, Coca-Cola brand director Kate Carpenter filled us all in.

“We wanted to bring back positive memories of carefree summer days,” she is quoted in the aforementioned press release as explaining. “That’s why we leaned into the orange-vanilla flavour combination – which is reminiscent of the creamy orange popsicles we grew up loving, but in a classically Coke way.”

Ah yes, now does seem like the right time to wax nostalgic about carefree summer days. Coca-Cola, you know us better than we know ourselves. I’m still not drinking this Orange Vanilla nonsense, though. 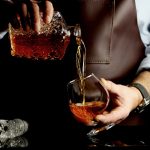 A Story Of South African Brandy