Tequila is for sipping, not shots—and certainly not for chugging out of a beer bottle with trace amounts of Mexico’s most famous export. At least that’s the stance of the country’s Tequila Regulatory Council, which is threatening to sue Heineken over its tequila-flavoured beer Desperados, the Financial Times reports.

Desperados’ supposed link to tequila is pretty thin—it’s made with some beer that’s been aged in tequila barrels, plus beer that includes tequila and lemon “flavors.”

The Tequila Regulatory Council, a trade group of Mexican tequila producers, says the beverage is in violation of designation of origin rules: it’s using the name tequila but doesn’t contain significant quantities of the spirit. But it’s not hard to see how Desperados is offensive to tequila makers in other ways: The beer brand targeted at millennials goes against the sophisticated image tequila sellers have been trying to cultivate. 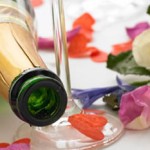 How to use Roses in Champagne