Fences are rising. There is talk of a brutal and destructive insurgency, invasions and a slaughter that could include hundreds of thousands in the years ahead.

If that sounds something like a war, the battlefield is the prized vineyards of Chianti, Italy’s vaunted wine region in the heart of the rolling hills of Tuscany.

And the enemy? An exploding population of voracious wild boars and deer that savor the sugary grapes and the vines’ tender sprouts, but that are also part of the region’s famed landscape, hunting traditions and cuisine.

Long allowed to thrive as part of that heritage, the wild ungulates, the group to which these species belong, are now four times as numerous in Tuscany as they are in other Italian regions. In Europe, only parts of Austria have more. 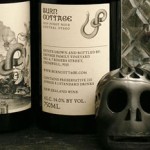