Some brewers seem to be all wet when it comes to dry-hopping.

As regular readers know, I’m quite the hophead. I love hops and hoppy beers more than most, probably. And that’s saying something, since IPAs and all their iterations are among the most popular beers in the country right now.

But there is a somewhat disturbing – at least to me – trend that’s been going on for a while now and I’m hoping it stops soon: dry-hopping of cask ales.

As much as I like hops, I like cask ale – also known as real ale – even more. And while I can enjoy a dry-hopped draft beer now and again, I think it’s being overdone these days. But my main complaint here is with the (seemingly now-mandatory) dry-hopping of cask beer. It just seems like almost every IPA or bitter that I’ve had on cask over the past year has been dry-hopped.

Let me interrupt myself here and explain what dry-hopping is to those who don’t know: The idea of dry-hopping is basically any addition of hops after the wort cools, whether in the primary or secondary fermenters or by adding hops directly to a cask or keg. Because no hop oils are boiled off, this process allows the hops to provide a bigger hop aroma and flavor to the beer. 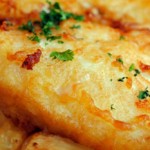 Vodka And Tonic Battered Hake With Chips And Tomato Ketchup 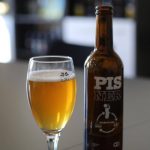