Just the thought of a glass of wine could be enough to help you relax because of the power of positive thinking, scientists have claimed.

People are so suggestive that simply believing an alcoholic drink will make us feel better or socialise more easily at a party will greatly raise the chance of making it so, researchers said.

The Daily Telegraph reported that this is because of the phenomenon of “response expectancies”, or the way in which we predict how we will behave in different situations.

Because we expect that alcohol will make us more relaxed, for example, we automatically respond by becoming more open and chattier in a subconscious attempt to meet our expectation, psychologists explained.

Although most people would put the effect solely down to the alcohol, some studies suggest that our expectations of how the drink will make us feel also play a key role.

Writing in the Current Directions in Psychological Science journal, researchers from Victoria University in New Zealand said: “the effects of suggestion are wider and often more surprising than many people might otherwise think.”

Various other studies have shown that the power of suggestion can help people perform better in tests and even influence how well they respond to drug treatments, also known as the “placebo effect”. 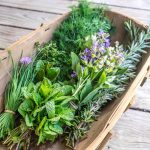 How To Grow And Use Fresh Herbs At Home